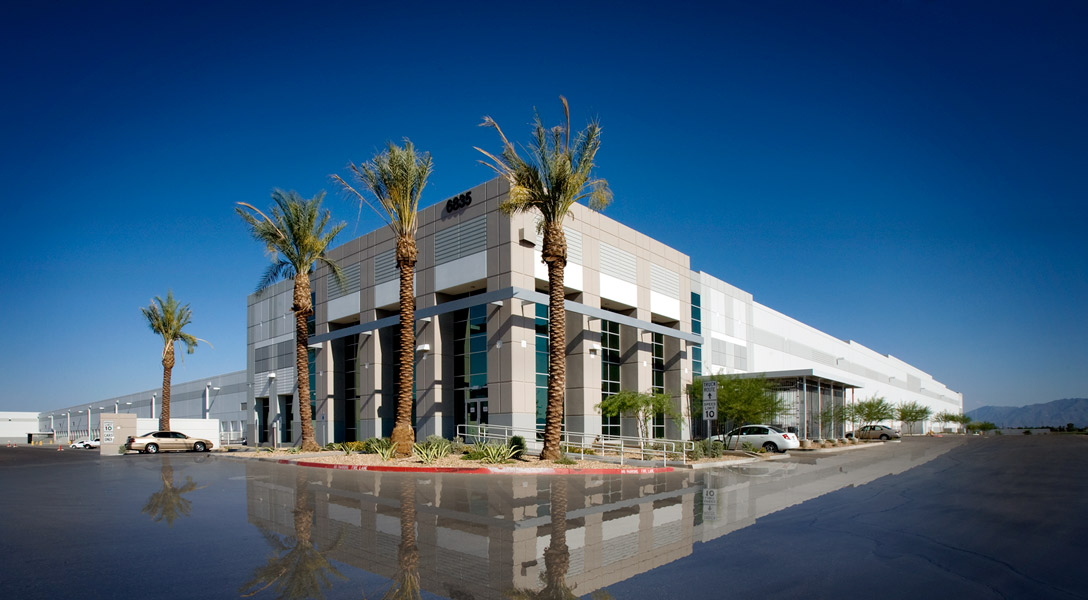 Phoenix – In a sale that establishes a record for the highest purchase price for a single-tenant industrial building in the Valley market, a company formed by CrossHarbor Capital Partners LLC of Boston, Mass. (Samuel Byrne, William Kremer, co-founders) paid $98.325 million ($97.41 per foot) to acquire a 1,009,350-square-foot distribution facility in West Phoenix that is fully occupied by Amazon (NASDAQ:AMZN). Located about two miles south of Interstate 10, the 44.22-acre property at 6835 W. Buckeye Road was sold by a joint venture formed by The Koll Co. in Newport Beach, Calif. (Ray Wirta, CEO) and a Middle Eastern equity partner. Obliterating all barriers to entry in making its first Phoenix real estate acquisition, the privately-held CrossHarbor Capital Partners has purchased more square-footage in one property than many Valley investors own in several buildings. Maricopa County records show CH LH Buckeye Owner LLC (CrossHarbor Capital Partners entity) acquired the asset by assuming a $48,587,500 CMBS loan issued by Benefit Street Partners CR Finance LLC in New York City, N.Y. In July 2016, BREW reported The Koll Co. and partner Seera Investment Bank B.S.C. from the Kingdom of Bahrain paying $74.75 million ($74.06 per foot) to acquire the project, which is located within the Buckeye Logistics Center industrial park. Originally developed in 2007 as a 604,678-square-foot warehouse, the building was expanded in 2011 by another 404,672 sq. ft. to accommodate Amazon’s growth. The facility is one of four projects and roughly 4.5 million sq. ft. of warehouse-distribution space that the retail on-line behemoth Amazon leases in the Valley. Prior to the CrossHarbor Capital Partners deal, the previous record price for a single-tenant industrial facility was established in August 2012 when Industrial Income Trust (IIT) in Denver, Colo. paid $90.286 + million ($71.25 per foot) to buy a 1.267 million-square-foot distribution building at 800 N. 75th Avenue in Phoenix. That property is also leased to Amazon. According to the company’s website, CrossHarbor Capital Partners invests in single property transactions, multiple property portfolios and real estate-related operating companies for its own account, with joint venture partners and third party borrowers. Since its inception 25 years ago, the real estate firm has invested more than $13 billion in completing roughly 175 transactions on behalf of endowments, foundations, public and corporate pension funds, financial institutions and family offices. CrossHarbor Capital Partners, which acquires office, industrial, retail, apartment, hotel and mixed-use properties, currently has an estimated $5.5 billion in assets under management. Get more from Patrick O’Sullivan of CrossHarbor Capital Partners at (617) 624-8323. Scott Meserve of The Koll Co. is at (949) 655-6818.