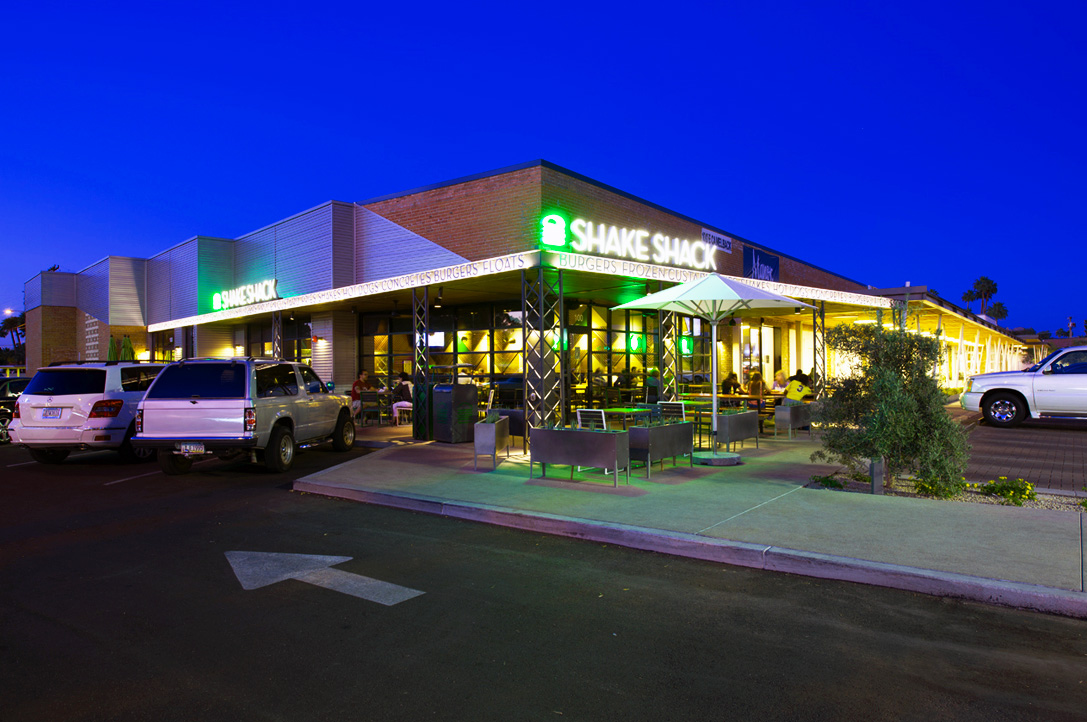 Phoenix – After ending 2017 by purchasing a high-profile property along the Tempe Town Lake that is the highest price ever paid for an office project in the Valley, Levine Investments Limited Partnership in Phoenix (Bill Levine, Andrew Cohn, principals) has started 2019 by paying top dollar to buy a landmark retail property in the Valley. Known for having a healthy appetite that includes buying a wide variety of real estate assets, the privately-held Levine Investments paid $51.65 million ($470 per foot) to acquire the 109,346-square-foot Uptown Plaza neighborhood shopping center at the northeast corner of Central Avenue and Camelback Road in Phoenix. Uptown Plaza Associates LLC, a Delaware company formed by the Royal family of Dubai in the United Arab Emirates (Sheikh Mohammed bin Rashid Al Maktoum, ruler) and Zell Holdings Inc. in Miami, Fla., was the seller. Vintage Partners LLC in Phoenix, which had a small ownership interest in the property, completed a major refurbishment to the 60 + year-old shopping center. In March 1996, BREW reported the Dubai royals venture with Zell Holdings paying $9.1 million ($77.28 per foot) to buy Uptown Plaza. Sources say the partnership led by the offshore investors spent roughly $20 million to reposition Uptown Plaza with Vintage Partners completing that work over a five year period. The 9-acre project, with addresses including 100 E. Camelback Road and 5025 N. Central Avenue, is 92 percent leased. AJ’s Fine Foods, which occupies 24,312 sq. ft., is the anchor tenant in the center. Levine Investments will take over management and leasing of the plaza, which has been restored to its mid-century, red brick design. Maricopa County records show Levine Investments Limited Partnership acquired the property in a cash transaction. Some of the other tenants comprising the impressive rent roll include: West Elm, Flower Child, Francesca’s, Lou Malnati’s Pizzeria, Shake Shack, AmTrust Bank, Chipotle Mexican Grill, Huss Brewing Co. Taproom, Elly’s Brunch & Café, and several other locally-owned restaurants and boutiques. “Uptown Plaza has great tenants, a great trade area and great re-development execution, which led to a great sales price and a long term benefit to the neighborhood,” says Marty De Rito, who has been a retail developer and investor in the Valley for more than 30 years. Vintage Partners, formed 10 years ago by longtime Phoenix-area real estate professionals David Scholl, Bobby Williams, Mike Treadwell, Monty Ortman, Mark Ortman and Walter Crutchfield, was able to meet the needs of four established neighborhoods. “It’s nice to be able to put smiles on people’s faces,” said Scholl, who oversaw development of the center while Williams focused on leasing the project. “We were able to embrace the neighborhoods by making Uptown Plaza a gathering place with lots of great restaurants, entertainment options and retail stores,” added Scholl. “This is a destination where four historic neighborhoods come together at one corner and the nearby residents can get there on foot or on a bicycle.” Originally developed in 1955 by Del Webb Corp., the retail plaza was outside Phoenix city limits giving the iconic property the distinction as the Valley’s first suburban shopping center. Many longtime Phoenicians will recall some of the original tenants, including the Piggly-Wiggly supermarket, Bostrom’s department store, Jerand’s of Arizona, Porters, Helsing’s Coffee Shop and Navarre’s restaurant. Although representatives of Levine Investments declined to comment on the purchase of Uptown Plaza, industry sources say the new owner could further enhance the asset with a higher and better use for an area now occupied by a 5,538-square-foot freestanding building at the hard corner of Camelback Road and Central Avenue. Applebee’s Grill + Bar occupies that property through a long term lease, but the retail restaurant chain could be motivated to relocate or sell its lease rights. That single-story structure, at 2 E. Camelback Road, is across the street from an 11-story, 203,122-square-foot building at the southeast corner of Camelback Road and Central Avenue that BREW reported the prior owners of Uptown Plaza selling last year. That former office project, located at 1 E. Camelback Road, is now being converted as rental apartments. Last April, BREW reported a group of investors led by Charles Dubroff of Scottsdale paying $14 million ($68.92 per foot) to buy the 1.97-acre property called One Camelback. The Phoenix neighborhood that surrounds Uptown Plaza and One Camelback has seen a resurgence of development partly attributable to the installation of the Metro Light Rail that runs along Central Avenue. The only portion of Uptown Plaza that was not part of the sale was a 4,312-square-foot building occupying just over a half-acre parcel at the northwest corner of Camelback Road and 2nd Street. See’s Candy Shops Inc. acquired the land in 1969 and public records show the candy store was built 30 years ago. That freestanding structure at 132 E. Camelback Road would be a great addition to expand Uptown Plaza, but acquiring that site may not be so simple as See’s Candy is now owned by Berkshire Hathaway Inc. of Omaha, Neb. (NYSE:BRK). Over the years, BREW has reported Levine and Cohn involved in numerous Valley real estate investments. The low-key investors have acquired many high-profile, landmark properties in the Phoenix area as well as other markets in the U.S. At year-end 2017, BREW reported Levine Investments teaming with JDM Partners LLC in Phoenix (Jerry Colangelo, David Eaton, Mel Shultz, principals) and paying $928 million ($457 per foot) to buy the 2+ million-square-foot Marina Heights office project located along Tempe Town Lake in Tempe. State Farm Auto Insurance Co. occupies all five of the those office buildings. Find out more from Cohn at (602) 248-8181. Paul Berkowitz of the Greenberg Traurig LLP law offices in Miami, Fla., represents the Uptown Plaza Associates venture . . . reach him at (305) 579-0685. Call the Vintage Partners principals at (602) 626-8992.