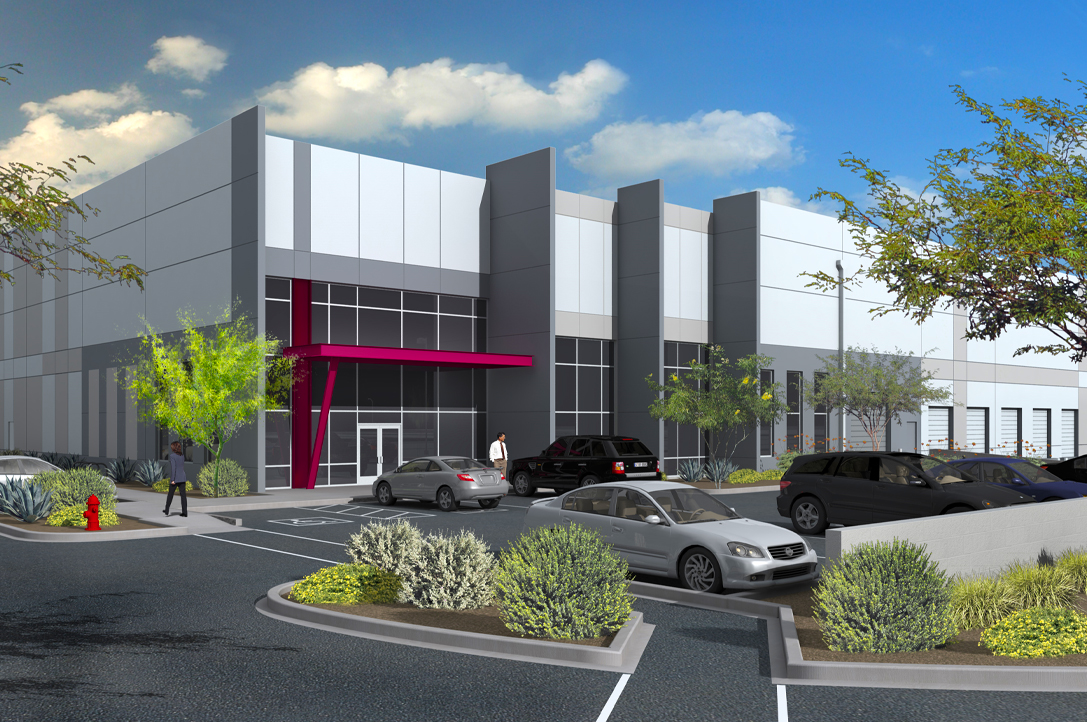 PHOENIX – In acquisitions totaling almost $21.4 million, entities formed by ViaWest Properties LLC in Phoenix (Gary Linhart, Steven Schwarz, Danny Swancey, principals) has acquired just under 275,000 sq. ft. of existing industrial buildings and land to develop another 375,000 sq. ft. of industrial space in two separate locations in Phoenix. Bayless Investment & Trading Co. in Phoenix (Linda Bayless, pres.) was the seller of the properties in three cash transactions. John Werstler and Cooper Fratt of CBRE in Phoenix brokered the deals and will be leasing the projects going forward. In the largest of the sales, a joint venture formed by ViaWest and Prospect Ridge Advisors LLC in New York City, N.Y. paid $18,681,250 to acquire 272,973 sq. ft. of warehouse and cold storage space in two buildings on a 25-acre site at the southeast corner of Central Avenue and Buckeye Road. Maricopa County records show PR VWP Central Property LLC (Prospect Ridge/ViaWest company) was the buyer of that project, which is located just south of Downtown Phoenix. The purchase included a 196,672-square-foot cross-dock warehouse at 111 E. Buckeye Road that is fully leased to Ferguson Plumbing Supply and a 76,301-square-foot freezer storage facility at 202 E. Buckeye Road that is vacant. Plans for the project include the immediate renovation of the cold storage building and adding 250,000 + sq. ft. of new warehouse space in a phased expansion of the Central Avenue property, which is about half developed. Initially, the venture intends to build a 71,346-square-foot warehouse adjacent south of the cold storage and a 93,628-square-foot industrial building at the southwest corner of the project. Both of those structures should be available for occupancy by summer of 2020. A mirror building of 93,628 sq. ft .is targeted for the final phase of development. The start of construction on that warehouse is not expected to start until Ferguson’s lease expires in three years. The matching, 32-foot clear height structures are each divisible to accommodate two tenants. Plans also call for a 35,079-square-foot pad (.80-acre) at the hard corner of Central Avenue and Buckeye Road that is suitable for a retail/restaurant building of around 4,000 sq. ft. In the other location within the Phoenix Sky Harbor International Airport submarket, two ViaWest entities paid a combined $2,681,249 ($6.71 per foot) to acquire 9.17 acres surrounding the northwest corner of Superior Avenue and 44th Street that is targeted for 150,700 sq. ft. of Class A industrial space in two buildings. The two parcels, both located within opportunity zones, are south of University Drive and west of State Route 143. In a $1,348,369 sale, VWPOZ 44th Industrial LLC (ViaWest entity) acquired a 4.614-acre parcel located along the west side of 44th Street and just north of Superior Avenue. That site is planned for a 79,200-square-foot structure. In the other transaction, VWPOZ Superior Industrial LLC (ViaWest entity) paid $1,332,880 to buy a 4.56-acre parcel along the north side of Superior Avenue and just west of 44th Street. That site is planned for a 71,500-square-foot building. The space will be divisible to accommodate two to four tenants. Construction set to start late Fall with completion expected by June of 2020. Development cost (land and buildings) estimated at $17 + million. Construction financing now being arranged. Linhart says the company is developing the spec buildings through an opportunity zone fund it is managing and is looking to take advantage of the limited industrial space available in the area. “There is very little developable land immediately near the airport,” says Linhart. “The airport market is very tight.” Over the past few years, ViaWest has been involved in more than $350 million of real estate acquisitions and developments in the Phoenix area. In 2018, the privately-held ViaWest participated in acquiring 1.3 + million sq. ft. of office and industrial space in the Valley in five deals totaling $156 million. “The Phoenix industrial market has really matured and infill development sites are much harder to find,” says Linhart. “This deal gives us the opportunity to expand our development footprint in two attractive locations in the Sky Harbor/South Central submarkets to meet growing demand from industrial tenants for infill locations.” While ViaWest has been active in the Valley, the investment is the first in the Phoenix market for Prospect Ridge, which is an affiliate of AllianceBernstein Holding L.P. in New York City, N.Y. (NYSE:AB). That global investment management and research firm, with $286.7 billion in assets under management, teamed up with ViaWest in July 2015 and paid $163.1 million ($257.48 per foot) to buy the 633,459-square-foot office Biltmore Financial Center office project at the northwest corner of 24th Street and Camelback Road in Phoenix. Find out more from the ViaWest principals at (602) 957-8300. Talk to Bayless at (602) 943-1323. Reach the CBRE agents at (602) 735-5555.